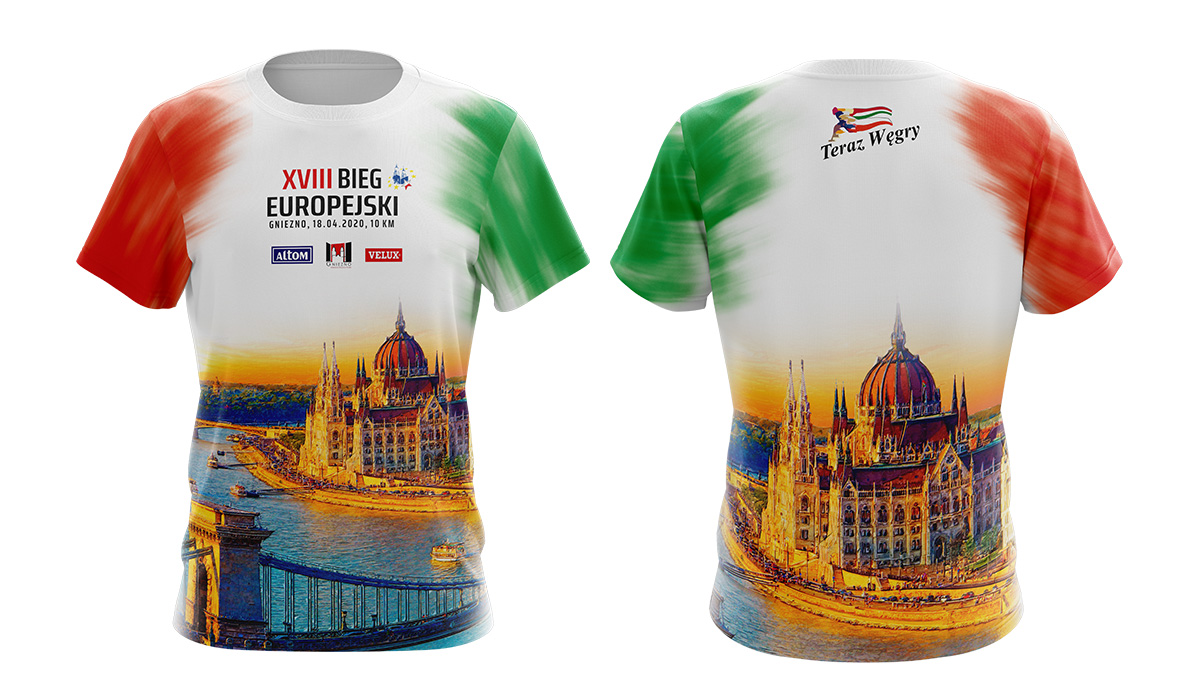 We present the official T-shirt of the 18th European Run, which will take place on April 18 in Gniezno.

We present the official T-shirt of the 18th European Run, which will take place on April 18 in Gniezno.

The main graphic motif is the parliament building – one of the symbols of the Hungarian capital and the whole country.

Located on the Danube, in the Pest district, it is one of the largest buildings of national parliaments in the world.
The t-shirt also features the colors of Hungary, which this year’s edition of the race is dedicated to.

Every year, the Gniezno European Race surprises its participants with a different leitmotif. Since 2015, each subsequent edition of the event is dedicated to a different European Union country, which means that the event has not only a sports but also an educational dimension. It is also an interesting distinction from many other 10 km runs in Poland.

There were already editions related to Germany, Denmark, Italy, France or, as last year, Spain. During this year’s edition, runners will have the opportunity to broaden their knowledge about Hungary.

This will be reflected in the official T-shirts of the 18th European Run, which will include the parliament building in addition to Hungarian colors. The building was created after merging three former cities into one – Budapest. The city authorities decided that the united capital needed a new, representative seat.
The main facade is facing the Danube, but the main entrance is located on Parliament Square. Parliament’s largest rooms
is the former Lower Chamber (today’s National Assembly) and the former Upper Chamber, currently serving as a representative conference room. The building is open to visitors, although there may be restrictions on its availability during parliamentary sessions. In the underground there is a museum dedicated to Hungarian parliamentarism. 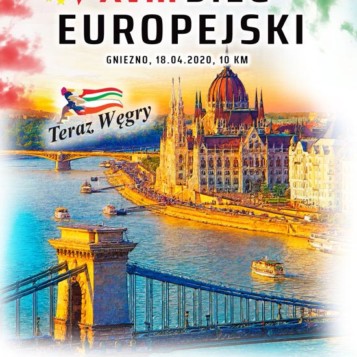 Announcement from the organizers of the 18th European Run 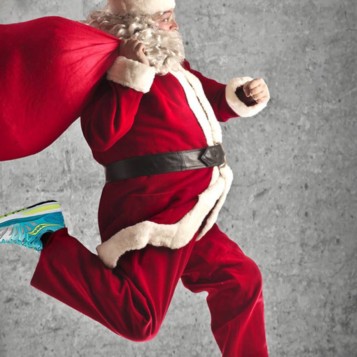